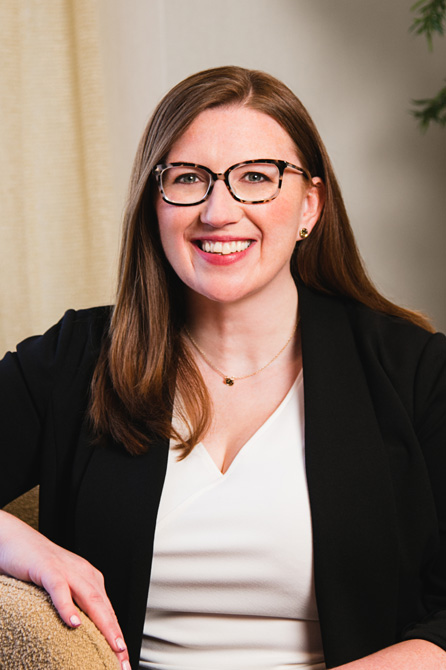 Yvette comes to Clifford Law Offices with a strong litigation background after serving in the Cook County State’s Attorney’s Office for 12 years, where she managed all aspects of complex, cutting-edge cases, from investigation to litigation, such as the first terrorism trial ever brought in state court.

Yvette defended numerous challenges to the constitutionality of the Illinois state terrorism statute and litigated numerous evidentiary and procedural challenges prior to a six-week jury trial resulting in felony convictions for three offenders. Yvette also was one of the lead attorneys in the first RICO prosecution ever brought in an Illinois state trial court. Over a two-year period, Yvette painstakingly reviewed and transcribed 10 months’ worth of confidential overhears, drafted and litigated numerous pretrial pleadings involving issues of first impression, and prepared the testimony of the primary confidential informant and case agent for trial, both of whom testified for multiple days. After 12 weeks of trial and 103 witnesses, six gang members were convicted of Racketeering and sentenced to life imprisonment for multiple murders and narcotics offenses.

Yvette’s work ethic, tenacity, and ability to handle difficult cases requiring in-depth investigations and high-level legal analysis resulted in the Cook County State’s Attorney’s Office creating a specialized Violent Crimes Investigation Unit and naming her Supervisor. Yvette was also cross-designated as a Special United States Attorney and lead a team of state and federal law enforcement investigators in multiple long-term gang investigations that resulted in significant federal indictments for serious felony offenses, including a federal RICO case against a southside gang responsible for numerous murders and other serious felonies. As a prosecutor, Yvette devoted herself to seeking justice for victims by building meaningful cases against the City’s most violent offenders.

Yvette’s interest in complex issues of first impression was born in the Cook County Criminal Court where she worked first as a social services caseworker, and then as a judicial law clerk, conducting research, drafting written opinions, and managing the post-conviction docket for 9 circuit court judges, while attending night school. Yvette went on to serve as a judicial law clerk in the Illinois Appellate Court for the Honorable Joseph Gordon where she researched, analyzed, and drafted opinions on a myriad of criminal, civil, and administrative issues. She then served as law clerk to the Honorable Thomas Fitzgerald for five years, during his tenure as Chief Justice. During that time, Yvette provided guidance to Justice Fitzgerald on novel matters, including the codification of the Illinois Rules of Evidence and impeachment proceedings against the sitting Governor. Yvette has the unique experience of both clerking and practicing at every level of the State court system and has not only drafted numerous appellate and supreme court opinions, but has also prosecuted multiple jury trials, written and collaborated on hundreds of appellate briefs, and successfully litigated two cases in the Illinois Supreme Court.

Prior to joining Clifford Law Offices, she served as Chief Legal Counsel for the Illinois State Police where she oversaw the ISP’s legal department and provided guidance and advice on a multitude of legal and legislative issues impacting law enforcement. Yvette was responsible for providing guidance and advice to law enforcement entities across the entire state during the COVID 19 crisis and recent civil unrest.

Yvette was born and raised on the far south side and is the youngest of five children. She and her husband reside in the Beverly neighborhood of Chicago with their four children, and Yvette is an active volunteer in her community where she has served on the School Advisory Board and mentored and coached elementary school mock trial, volleyball, and basketball teams.