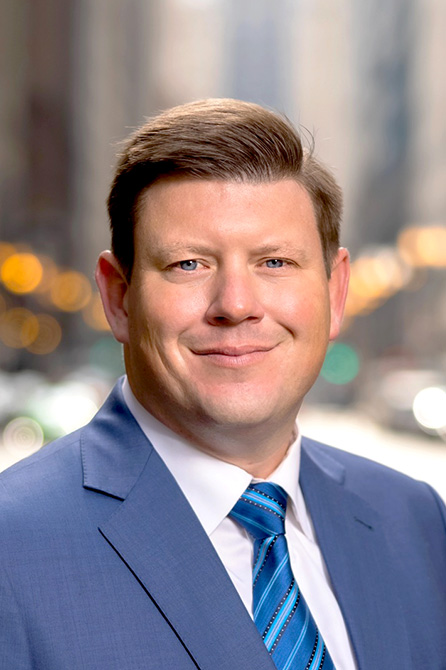 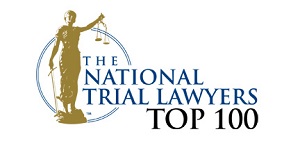 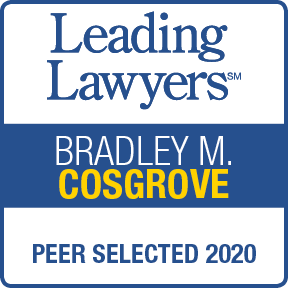 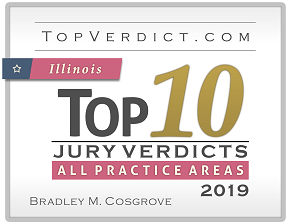 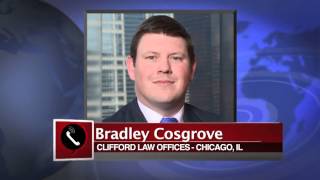 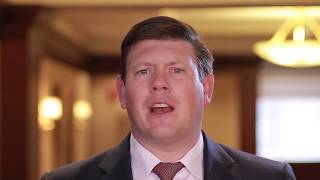 Bradley M. Cosgrove is a Chicago medical malpractice attorney, personal injury attorney, and partner at Clifford Law Offices. He is an experienced trial attorney in the areas of medical malpractice, trucking accidents, automobile collisions, personal injury, and wrongful death who believes that results speak for themselves. Recently, Brad has received several multi-million dollar verdicts and settlements for his clients including:

As a young Chicago personal injury attorney, Brad began his career as a trial lawyer. As a matter of fact, he undertook his first jury trial just one day after he received his law license on behalf of a woman permanently injured as a result of being hit by a car as she legally crossed the street within a crosswalk. Within five months after being sworn in as an attorney in Illinois, he gave the closing argument in a case that resulted in a $3 million gross verdict on behalf of a family who lost their father in a trucking accident. As he worked to establish himself as a leading Chicago medical malpractice and personal injury attorney, Brad was reported to be the youngest lawyer in Illinois to obtain a verdict in excess of a million dollars. This verdict was affirmed by the Illinois Appellate Court in U.S. Bank v. Lindsey, 397 Ill. App. 3d 437 (1st Dist. 2009), and the case solidified logo liability in trucking cases throughout Illinois.

After Brad’s record-setting start, he continued to obtain numerous million-dollar settlements in Illinois as well as in other states. He was the lead trial counsel for a grandmother who died at Northwestern Memorial Hospital in Chicago as a result of medical malpractice, and his attorney experience benefited the client. In that case, a chest x-ray was improperly read by a resident physician and a timely surgical consultation was not requested, which caused a terrible infection that spread throughout the patient’s body causing major organ failure and death. After a two-week trial, a jury returned a verdict for one million dollars.

Brad has received numerous accolades recognizing his superior trial skills. The National Trial Lawyers named him one of the Top 100 Lawyers in the country. The Law Bulletin Publishing Company named him one of the Top 40 Under 40 attorneys in Chicago in 2014. He was named as an Illinois Rising Star from 2006–2016. He also gives back to the profession and to the community through his work as a leader of the Chicago Bar Association, the Illinois State Bar Association as an elected Assembly member, and the Illinois Trial Lawyers Association serving on its Board of Managers, as well as through the Wounded Warrior projects that helps veterans and their families.

Prior to joining Clifford Law Offices in 2013, Brad was the lead trial lawyer in excess of two dozen trials in various areas of the law. In his first week at Clifford Law Offices, he immediately appeared before a jury trial at the Daley Center on behalf of a brain injured child. Brad is extremely intense and focused, two characteristics that influence his performance as a nationally recognized personal injury attorney. He is a man who knows how to prepare for trial with a sense of purpose and organization while keeping the client’s best interest at the forefront of his thoughts. He has handled cases throughout Illinois including Cook, Champaign, DuPage, Will, Lake, Kankakee, Winnebago, Williamson, Ford, and Kendall Counties. Brad has also handled cases outside of Illinois including Indiana, Kentucky, Arizona, and Minnesota. He has argued several cases on appeal before the various Illinois appellate districts on catastrophic injury and death, and he has argued before the 7th Circuit U.S. Court of Appeals. Brad has lectured at the John Marshall Law School on expert witnesses and trial practice, topics of which he has experienced numerous times as a Chicago medical malpractice attorney. He also has been invited to speak many times before the Illinois Trial Lawyers Association on a variety of trial preparation topics.

Brad was raised on Chicago’s South Side in the Beverly-Mt. Greenwood area, the son of a Chicago firefighter. In fact, helping people is in his blood – his brother and great-grandfather also are proud Chicago firefighters. He graduated from Grand Valley State University in Grand Rapids, Michigan, where he was a member of the men’s swim team. He went on to John Marshall Law School in Chicago on an academic scholarship. It was there that his love for the area of personal injury law began and where he honed his skills as a member of the trial attorney team. The trial team won the Chicago regional trial competition where Brad finished as a semi-finalist in the American Trial Lawyers Association Trial Competition in Miami, Florida. He is married and lives with his family on the South Side of the Chicago land area.

Brad Cosgrove’s reputation as a fair, tough and successful advocate for those in need has made him a proud addition to the Clifford Law Offices’ legal team as a partner at the firm.