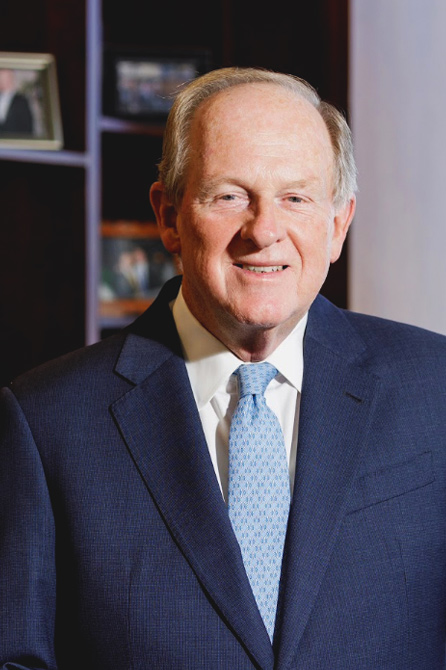 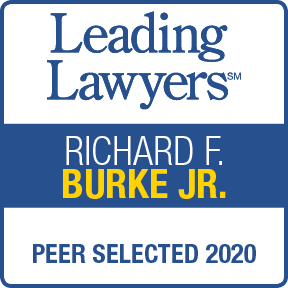 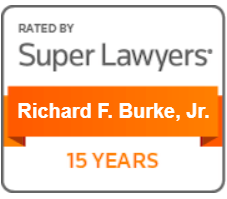 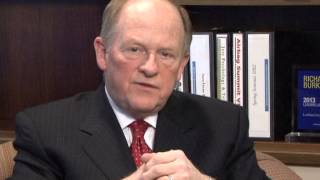 Over his decades of work at Clifford Law Offices, he has obtained multiple million-dollar-plus settlements in truck collision cases, including an $11 million resolution for a client with catastrophic permanent injuries. He also recently settled a $2 million nursing home claim and has settled several complex medical malpractice cases, some on the eve of trial.

A tireless worker, Mr. Burke stays on task with the most difficult of cases. He is a quiet, behind-the-scenes leader who knows how to get things done. From establishing groundbreaking liability in sport utility vehicle rollovers to negligent product design and operation of jumbo jet passenger aircrafts, he explores every angle of his cases whether it be researching case law across the country or garnering experts from the other side of the globe. Mr. Burke uncovers the answers to each issue, leading him to many successful verdicts at trial.

Mr. Burke tried the case of a private jet that crashed at Palwaukee Municipal Airport before a Cook County jury on behalf of the family of the pilot who was killed in the crash. Following a five-week trial, the jury handed down a $10.45 million verdict in just four hours, finding the airport 90 percent at fault for failing to provide a proper runway safety area.

In another airline litigation trial, he tried the case involving a small plane that crashed outside Chicago. Mr. Burke obtained a $6 million verdict on behalf of a young female passenger who was a retail sales manager.

His accomplishments as an aviation law attorney extend to Canada, where he handled a plane crash case that occurred in Ontario. He filed suit in both the United States and Canada, successfully settling the case in Canada for $4 million.

Mr. Burke received an $11 million settlement in the death of an executive who was killed in a small corporate jet crash.

Mr. Burke has handled many wrongful death and personal injury cases against the major manufacturers of motor vehicles. Having taken dozens of depositions and reviewed thousands of pages of records involving SUV design and safety, he has become the go-to guy in rollover cases. For instance, he joined Robert Clifford in a case involving the rollover of a sport utility vehicle where a 15-year-old girl was severely injured and two teenage girls were killed when the SUV rolled over on a Chicago expressway. Burke and Clifford recovered a $22 million settlement against Ford Motor Company, a Ford dealership, and a tire retailer and manufacturer. He also obtained a $3.5 million settlement for the death of an eight-year-old boy that resulted from a defective design in the rear passenger area of his family’s conversion van as well as recovering a $3.45 million settlement on behalf of a girl who was rendered a quadriplegic when she was struck by a police car.

Mr. Burke has also litigated cases in Canada concerning the drowning of two Americans and a third who survived the tragic capsizing of a hunting boat in Quebec.

Burke recently obtained a settlement in excess of $3 million for the surviving family of a golfer found underneath a golf cart that apparently had accelerated unexpectedly due to design defects in the accelerator pedal assembly components.

One of Mr. Burke’s most memorable trials involved the death of six-year-old Hiroaki Ishiguro. He came to the United States with his parents who were set to return to their homeland, Japan, in just two weeks. Tragically, Hiroaki was struck and killed by a garbage truck while riding his bicycle. The truck driver did not see him because his vehicle was without proper side and back mirrors to spot children nearby. He received a $6 million jury verdict for the family who had already moved back to Japan after Hiroaki’s father completed a fellowship in orthopedic surgery.

Mr. Burke initially acquired his trial skills as an Assistant State’s Attorney in Cook County for 12 years. He rose up the ranks among his peers to become the supervisor of felony trial prosecutors in two busy suburban courthouses. At that point, he decided to use those litigation skills in the civil arena, and he has been a valuable member of the Clifford Law Offices’ team of Chicago personal injury attorneys ever since.

“My type of work is particularly gratifying, helping people whose lives have been catastrophically altered as a result of serious injury through someone’s negligence,” Burke says. “Sometimes the most rewarding aspect of my work is comforting and counseling people shortly after traumatic occurrences or incidents when they really don’t know where to turn or how to deal with monstrous medical bills, an inability to work, and sometimes they even are unable to engage in basic daily care needs.”

“I like to think that Clifford Law Offices is there for people who need us at their worst hour.”

We are proud to have him on our team of experienced, dedicated attorneys.