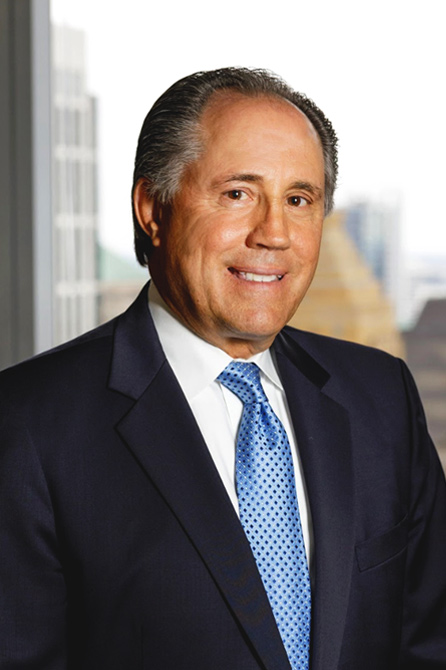 The Honorable Henry R. Simmons (Ret.) is Managing Partner at Clifford Law Offices. He joined the firm in 2014 coming from ADR Systems of America, one of the top mediation services in the country, where he served as a Senior Mediator and Arbitrator for three years. He also worked as a Special Master and Neutral Fact Finder for ADR Systems. His experience in personal injury and multi-party disputes serves him well in running the 20+ lawyer firm at Clifford Law Offices in Chicago. He is known throughout the Chicago area as a fair person, a man with a calm demeanor and a personality that resonates with people of all ages, races, income levels, ethnicities, and backgrounds.  He continues to use his knowledge and experience in representing current clients in trial strategy, mediations and settlement conferences.

Judge Simmons (Ret.) previously served as a judge in both the Law Division and Criminal Division of the Cook County Circuit Court for nearly two decades. While in the Civil Division, he was known as a peacemaker who achieved an extraordinarily high rate of success in settling matters. He presided over numerous high-profile cases involving complex issues and multi-party disputes. He successfully resolved a long-standing products liability dispute between Fortune 500 companies resulting in a multi-million dollar settlement. His perseverance and practical insight also resulted in a $40 million settlement between the State of Illinois and a mining company with issues involving negligence, punitive and compensatory damages relating to the damaging of US Route 66.

Prior to serving on the bench, Judge Simmons (Ret.) served for 12 years as an Assistant Cook County State’s Attorney. He handled assignments in the Felony Trial Division, Juvenile Court, Felony Review, Appellate Division and the Consumer Fraud Unit where he served as a supervisor. He was a seasoned prosecutor, handling a variety of high-profile trials. He was well respected throughout the county for his competence and work ethic.

Involvement in the Legal Community

Over the years, Judge Simmons (Ret.) has become very active in the legal community as a member of several bar associations. He was appointed by the Illinois Supreme Court to serve on the Committee on Illinois Pattern Jury Instructions in Criminal Cases from 1994-2004. He has been recognized by several organizations for his work and his dedication to the profession including receiving the American Legion Award of Excellence (Post #808). He received the Cook County State’s Attorneys’ Recognition of Service Award. He served as a weekly volunteer for the HighSight Organization in Chicago that supports high school students in the area of academics and social support from 2006-2008. He was honored in 2014 as the Judge of the Year by the Lawyers’ Assistance Program (LAP) for his volunteer work with this organization that helps lawyers in need. Since he left the bench, he has provided extensive pro bono legal work in his community in various legal disputes. He is active in his church and numerous charitable organizations throughout the state.

Judge Simmons (Ret.) is an active speaker within the legal community. He was part of a half-day-long program of Cook County Circuit Court judges in 2011 where he spoke on advocacy tips regarding pre-trial conduct in a “Judges’ Symposium – Advice from the Bench” that earned attendees continued legal education credit (CLE). He has taught the following accredited CLE courses at law firms in the Chicago area:

Judge Simmons (Ret.) graduated from DePaul University College of Law and Purdue University where he earned a Bachelor of Science degree in economics. He was admitted as a member of the Illinois and Indiana state bar associations.