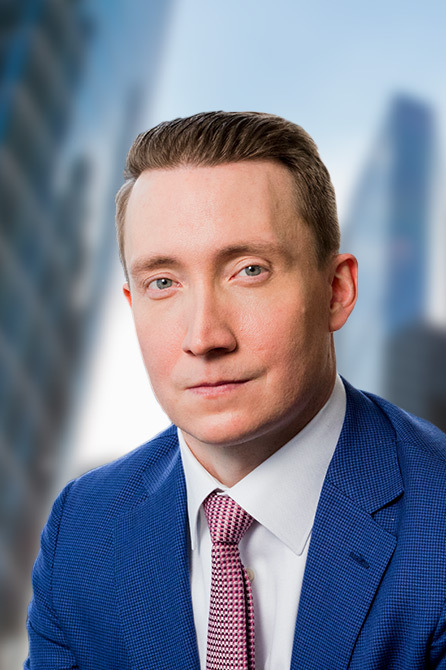 Joseph T. Murphy, partner at Clifford Law Offices, comes with a great deal of experience in the law since he was sworn in Illinois in 2012. He formerly was a Cook County Assistant State’s Attorney and served as a Special Assistant U.S. Attorney for the Department of Justice at Fort Campbell, Kentucky, where he prosecuted misdemeanor and felony offenses in federal court. He also previously served as chief of federal litigation for the 101st Airborne Division while serving as an attorney and Captain in the U.S. Army.

Joe is part of the aviation team of lawyers at Clifford Law Offices and is working on the 2019 crash of a Boeing jet. The firm represents 72 families who lost loved ones in the tragic crash in Ethiopia of a Boeing 737 MAX jet that led to its grounding for nearly two years. Robert A. Clifford serves as Lead Counsel in the litigation pending in federal district court in Chicago. The complex litigation involves families from 35 countries against the aircraft manufacturer.

Joe became a lawyer, first and foremost, to help people. He learned this from a long family line of lawyers and judges. Both of his parents are lawyers, including both serving as legal aid lawyers for several years. His father, Patrick T. Murphy, is a Cook County Circuit Court judge and formerly served as Cook County Public Guardian for 25 years. His mom, Susan Murphy, served for several years as an attorney at Chicago Volunteer Legal Services (CVLS). His uncle, Michael Murphy, was a Cook County Appellate Court judge before he passed away in 2012 sadly on the same day that Joe passed the Illinois bar examination. Another uncle, Dave Donnersberger, was also a Cook County Circuit Court judge. In total, the family enjoys 19 lawyers, including Joe, at holiday parties.

Joe also serves as a U.S. Army Reserve Officer. His mentor is his grandfather, Tom Sitter, a 99-year-old highly decorated World War II veteran, who pinned on his grandson’s rank of Captain at his promotion ceremony in 2018. His grandfather spent he majority of his life serving in a homeless shelter after the war. He is a tremendous inspiration for Joe and a large part of the reason he first became a public service lawyer, an Army officer, and now a personal injury lawyer. His goal of helping others above all else runs through his veins.

He received his law degree from the University of Illinois at Chicago and obtained a Bachelor of Arts degree in history from Illinois Wesleyan University.

Joe is engaged to be married in September 2022. He and his wife will reside in the Wicker Park neighborhood of Chicago.