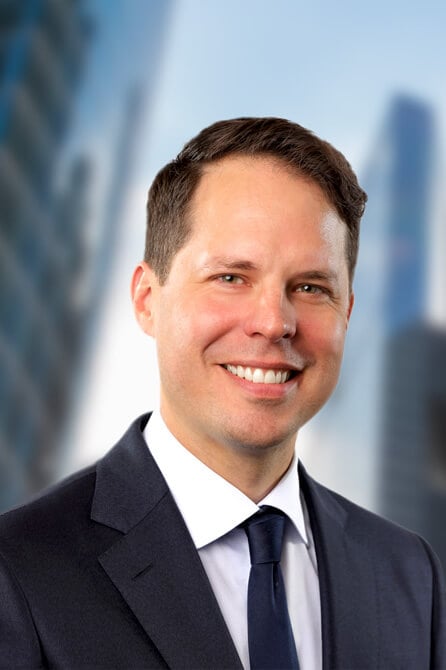 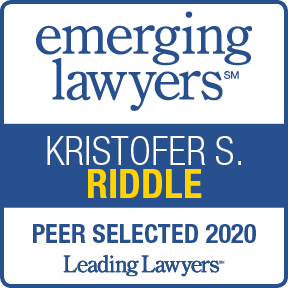 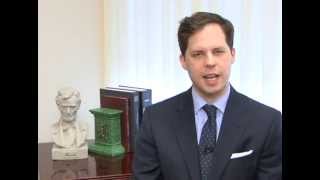 As a personal injury attorney and wrongful death attorney, Kristofer Riddle comes to Clifford Law Offices with a wealth of experience that has demonstrated itself in a courtroom including a $16.75 million verdict on behalf of three clients who were severely injured in a high-profile Amtrak train derailment in DuPont, Washington. He also worked round-the-clock for years on the class action case against State Farm Insurance that dealt with the insurance giant paying for used parts instead of new vehicle parts for millions of policyholders. That case settled for $250 million.

Having clerked at the firm for three years while attending DePaul University College of Law, he worked on many aspects of personal injury and wrongful death litigation. Immediately after being sworn in as a lawyer, he took depositions, attended court hearings and worked on cases as complicated as for those injured on the Costa Concordia cruise ship liner that ran aground off the coast of Italy. Kris is working with Italian co-counsel in sorting through the myriad of laws that are involved in seeking justice for the victims from many countries who suffered through that terrible tragedy.

Kris is no stranger to the hard work it takes to be a successful wrongful death and personal injury attorney. Previously, he worked in the Masters of Public Policy program at Duke University’s Terry Sanford Institute of Public Policy in Durham, North Carolina. His work at Duke University actually began years before when he acted as a liaison between the Office of the Dean of the Graduate School and 60 different academic departments regarding admissions, application and the dissertation process. Multi-tasking and thinking on his feet have become honed skills for Kris.

His kindhearted nature makes him perfect for his position in personal injury and wrongful death cases – an attorney who handles clients with the sensitivity that is required yet the commitment to researching and crafting a response and strategy that works well with each case. Kris grew up on Chicago’s south side and attended Mt. Carmel High School. He graduated with a Bachelor of Arts in Political Science from The City College of New York City-CUNY, but not before winning writing awards. He also received the Marvin Rosenberg Fellowship in Public Policy awarded by the City College of New York Public Affairs program and was a McNair scholar. Kris received his Juris Doctor from DePaul University College of Law. He is married to his wife, Elizabeth, who is also an attorney, and the two live in Chicago.

Kris Riddle is a tremendous addition to the wrongful death and personal injury attorneys at Clifford Law Offices, and we look forward to him making enormous contributions to the team throughout the years.