An Analysis of 37 Years of Airplane Crash Data 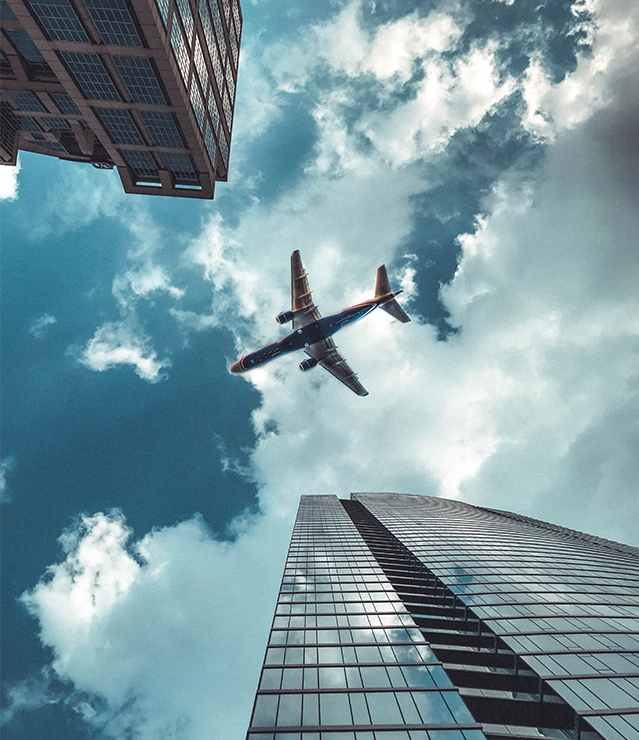 How safe are airlines and general aircraft? We looked at every aviation accident and incident reported to the NTSB from 1982-2018 to find out. 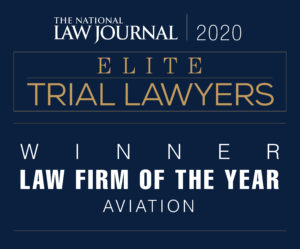 In the wake of the deadly crashes involving Boeing’s 737 Max 8, airline and general aviation safety are back in the world’s collective consciousness. While air travel is often touted as one of the safest forms of transportation, these incidents have underscored the fact that when accidents occur, the results are often catastrophic. In just two crashes, 346 passengers and crew were killed – 157 in the Ethiopian Airlines Flight 302 crash and another 189 in the Lion Air Flight 610 crash.

While the 737 Max 8’s were grounded, hundreds of other planes and aircraft crash each year. In 2018 alone the U.S. National Transportation Safety Board investigated 1,581 aviation accidents and incidents that left 847 people dead and another 768 people injured.

This information left us to wonder, how often do planes crash? How many people have been killed in aviation and airline accidents? Which planes and which manufacturers are involved in the most crashes?

We analyzed 37 years of aviation crash and incident data from the U.S. National Transportation Safety Board to find answers to these and other questions.

How safe are airplanes?

It depends on the type of aircraft that you are flying in. When looking at overall fatal crash rate, the numbers show that flight one of the safest forms of travel. The National Safety Council puts the odds of dying as a passenger of an airplane as 1 in 188,106 – the second safest form of travel behind railway travel ( 1 in 243,765). Still, each crash is much more likely to be fatal than crashes in other forms of transportation. From 1982 – 2018, 20 percent of all aviation crashes and incidents involved at least one fatality. For comparison’s sake, less than one percent of U.S. car accidents are fatal.

While total aircraft accidents have steadily decreased since 1982, fatalities have not seen the same year in year out decline.

After a 37 year high of 2,533 fatal aircraft crash injuries in 1996, the total deaths has bounced up and down seemingly at random. While it stands to reason that less crashes means less injuries and deaths, the nature of aviation accidents means that only a few major crashes can completely change the data from year to year. 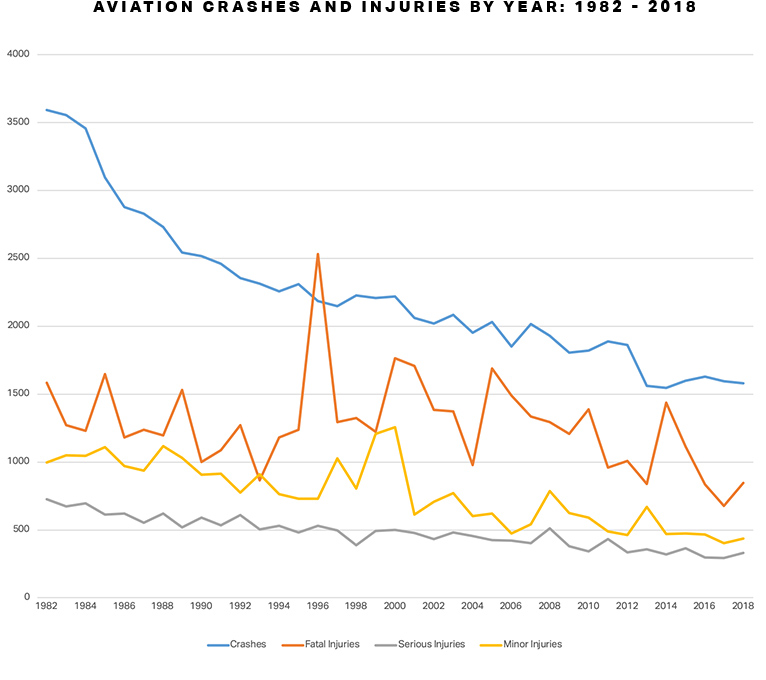 Why have crashes
gone down?

It is hard to understate the roles that increase safety regulation and requirements on both operators and on pilots have played in the overall reduction in crashes and fatalities – especially those in the commercial airline industry. In fact, before a passenger was killed aboard a Southwest flight in 2018, the last fatal airline crash in the United States was in February 2009. That disaster, the crash of Continental Connection Flight 3407, killed all 49 people on board and another person on the ground in Clarence, NY. The resulting lawsuits and advocacy from the families of those who were killed made sweeping changes to the airline industry. Most notably, the Airline Safety and Federal Aviation Administration Extension Act of 2010 required significantly more training for pilots – 1,500 hours up from 250 before, flight and duty time regulations, and many other industry safety and transparency requirements. Many other laws, including the Federal Aviation Regulations (FARs) as well as international conventions, regulate everything from product and aircraft manufacturing and maintenance to pilot schools and business operations for commercial as well as general aviation.

When Do Aviation Crashes Occur? A Look at Accidents by Phase of Flight.

Not all phases of flight are equal here. In fact, the person sitting white knuckled next to you with their eyes shut tight may be on to something. The NTSB data shows that takeoff and landing are, by far, the most likely parts of air travel for accidents to occur. 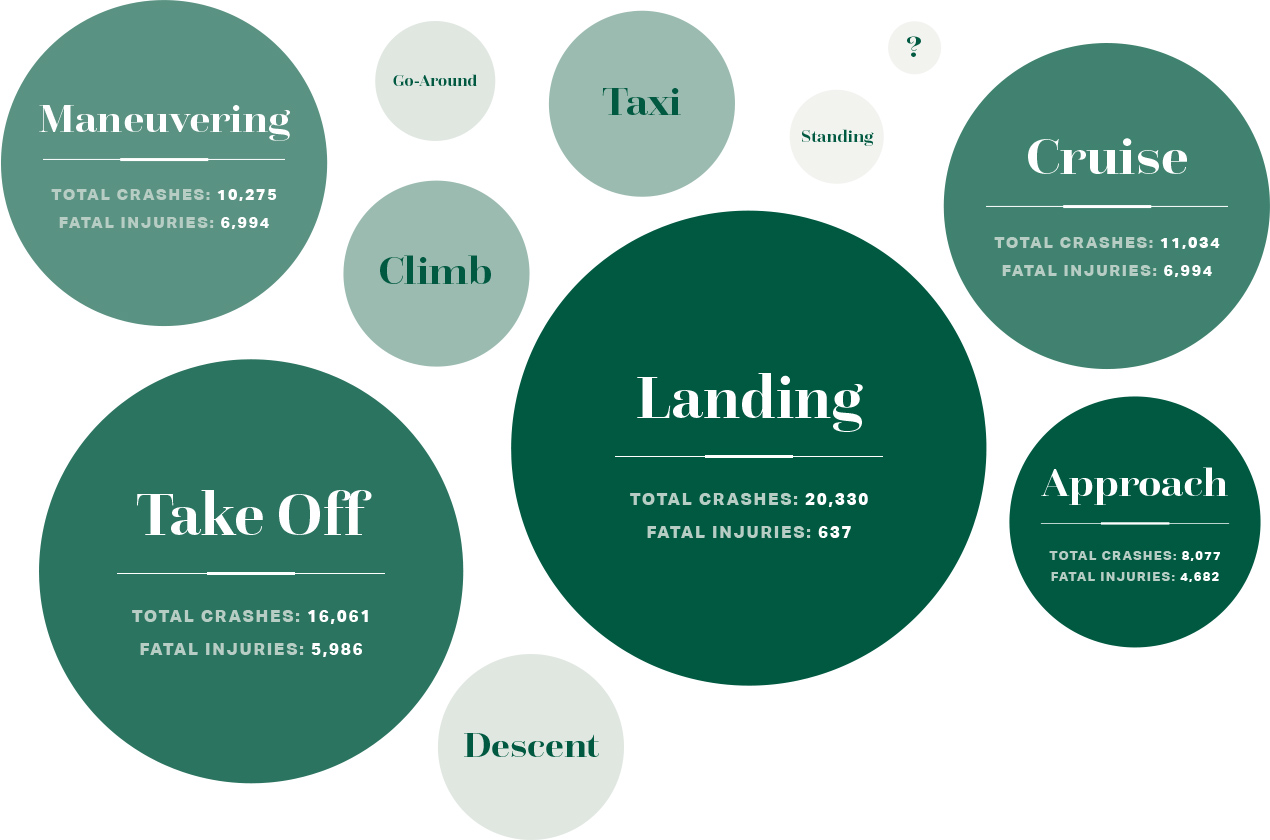 “Interestingly, despite being the most likely phase to be involved in a crash, accidents during landing were by far the least likely to be deadly”

Here is the full list of crashes by phase of flight, from most to least crashes:

These crashes where scattered across the country. However, the most crashes occurred in Anchorage, Alaska – by nearly double over the next closest area, Miami, Florida with 269 crashes.

The rest of the top 25 regions for U.S. aviation crashes are:

Aircraft Crashes and Fatalities by Make and Model

Which make or manufacturer planes crash the most? Which ones kill the most people?
More than half (54 percent) of all aviation accidents in the NTSB’s database involve either a Cessna (25,865 crashes), Piper (14,105 crashes)or Beech (5,098) aircraft. These three manufacturers have historically been the largest producers of aircraft for general aviation purposes – though both Beech and Cessna have since become subsidiaries of Textron Aviation. 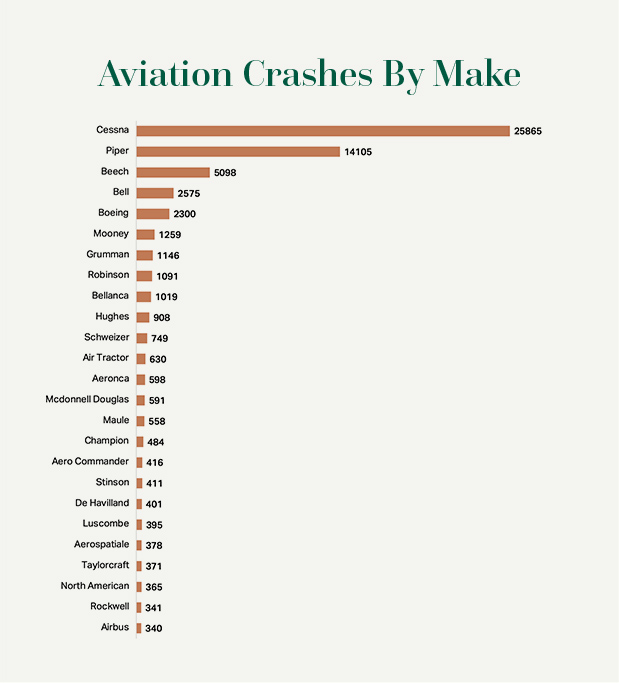 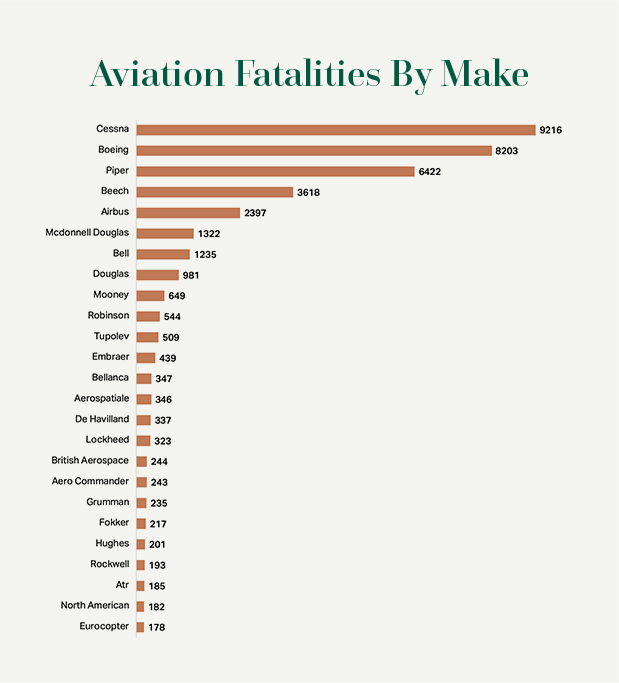 While it stands to reason that the manufacturers involved in the most crashes would also be involved in the most fatalities, this isn’t quite the case. Cessna crashes led to the more fatalities than any other make with 9,216 deaths), but Boeing leaps up to second with 8,203 deaths. Airbus – Boeing’s only real competitor – also jumped into the top five with 2,397 deaths. The two large jet manufacturers place in the top five should not be surprising, as they have essential had a duopoly over large jet market since the early 1990s, thanks to a series of mergers and acquisitions. 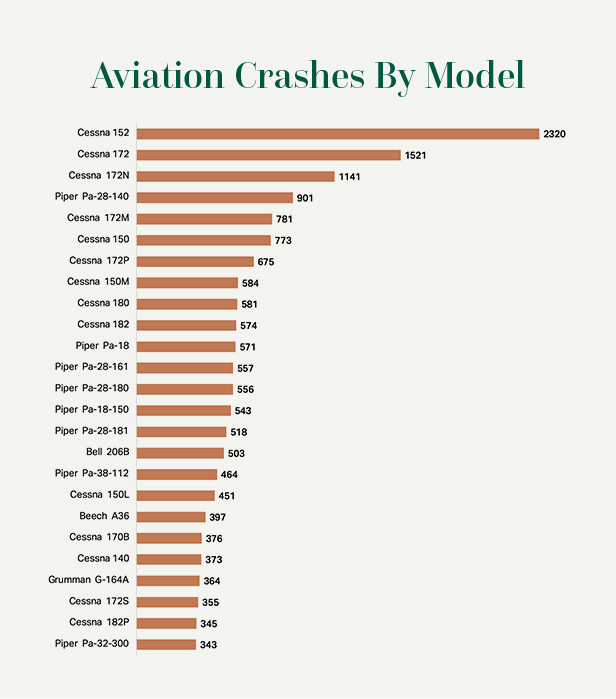 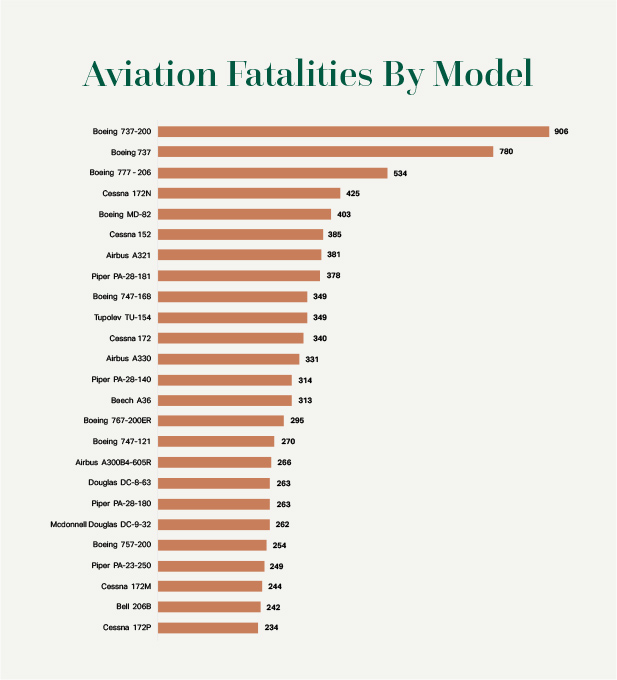 Which airplanes crash the most?

Cessnas and Pipers. In fact, the top 15 aircraft models in total crashes are all made by those two manufacturers – and nine of the top ten are Cessnas. The Cessna 152 was involved in nearly 800 more crashes than any other aircraft.

Here is a full list of the top 25 aircraft modes by crashes and fatalities:

Aircraft that
Crash the Most

Aircraft that
Killed the Most People

The Most Deadly Aviation Disasters in History

When looking at the worst aviation disasters by total deaths, many were the result of terrorist attacks, bombings and military exercises. However, the 10 worst aircraft crashes in aviation history are:

(Note: This list excludes planes that were shot down or destroyed in terrorist attacks – such as the attacks on the World Trade Center and the Pentagon on September 11, 2001 (2,996 total deaths), the Air India Flight 182 Bombing (329 deaths), Malysia Airlines Flight 17 (298 deaths) – or those involved in military exercises.)