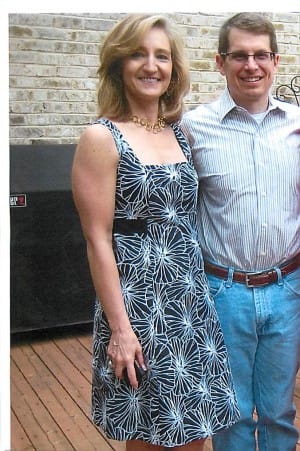 Two personal injury law firms came together today (Tuesday, March 17, 2015) to obtain a $25.9 million verdict on behalf of a lawyer who was severely injured in a horrific taxi crash 10 years ago that involved a speeding cab that went hurling off an expressway ramp and smashed head-on into a concrete barrier.

Jacobs, then 44 years old, was returning home by cab after a late dinner with a long-time client on Aug. 31, 2005, to his Hinsdale home when the Yellow Cab in which he was a passenger in the back seat was speeding on I-294 as it exited at Ogden Avenue. The taxi careened out of control onto a grass drainage area adjacent to the ramp when it suddenly vaulted 32 feet through the air and slammed into a concrete barrier.

The tremendous crash into a concrete barrier resulted in severe permanent brain damage to Jacobs. After many surgeries and long-term rehabilitation, Jacobs is unable to continue his high-level work in his same capacity at the law firm.

“It is unquestionable that the taxi company, as the apparent principal for the driver, was negligent in this horribly tragic case,” Clifford said following the verdict that took three hours to reach. “An entire family has been injured because of a company’s negligence, a company that holds itself out as one that can be trusted to safely carry people to their destinations.”

“The jury clearly saw that Marc Jacobs was a man who put his trust into a company that did not honor that trust,” Tomasik said. “It is terribly sad that this man’s life is profoundly changed when he was in his prime. The jury verdict speaks to the fact that this can never happen again.”
____________