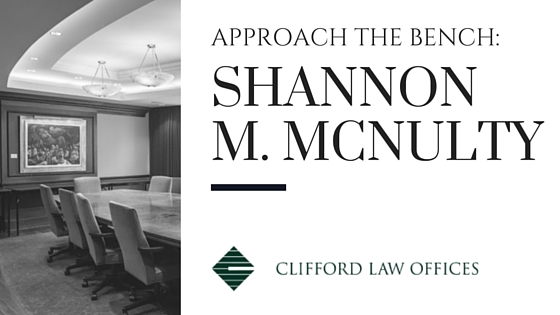 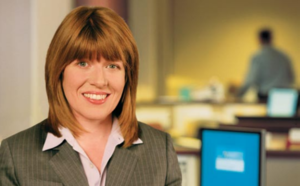 Shannon McNulty was a freckled redhead, growing up on Chicago’s South Side. Shannon recalls her dad planning the family’s annual vacations, and trips to her uncle’s Michigan home, where the entire clan would gather for water-skiing. Shannon also recalls the many days she would spend with her grandmother, then a Chicago police officer. Her grandfather, too, was a Chicago police officer.

Although she describes her family as a “typical Irish Catholic household which didn’t eat meat on Fridays,” the McNultys are anything but typical. What is typical, though, is their heartwarming attitude, their fun loving ways, and their caring for everyone with whom they come into contact.

“Even though most people thought I would use my law license in the criminal arena, I wanted to go in a different direction, into civil law, and help people who are at the darkest times of their lives. I thought I could make a difference for them,” Shannon said about her turning tort practice: “I enjoy helping clients get answers to questions that were previously unanswered.”

Shannon’s travel schedule is hectic, with depositions of experts and witnesses, in preparation for trial. Nonetheless, she makes it a point to spend time with her family, usually for a Sunday dinner. Her brother, also a police officer; her sister, a teacher; and their spouses and children all make for a raucous afternoon, catching up on the week’s events while eating mom’s meatloaf, pot roast or lasagna.

At one point, Shannon thought she, too, was destined to become a police officer. She earned a bachelor’s degree in criminal justice at Loyola University in just three years. She began working for the state, researching criminal justice issues such as homicides trends and serious youth offenders. She went on to work for the Chicago Police Department and soon rose to the ranks of becoming the Director of Administration for the Bureau of Operational Services working as Chief of Staff to the First Deputy Superintendent. She earned her Masters of Science degree from the School of Management of DePaul University while working for the Chicago Police Department. But one of her watch commanders saw that she could help so many more people if she followed her love of the law, and he encouraged her to enroll in law school.

Shannon attended night law school at DePaul, completing it in less time than the scheduled four years. Her boss then met Tom Prindable, Managing Partner at Clifford Law Offices. Recognizing Tom’s kind, helpful way, Shannon’s boss thought the firm would be a good fit and recommended to Shannon that she speak to him.

She followed up and Tom offered Shannon a clerk’s position at the firm. Shannon took a risk in leaving a wonderful, secure job at the Police Department to follow her first love and worked round the clock between her clerking duties and her school work.

Upon graduation, Shannon was sworn in as an attorney in Illinois and became an associate at Clifford Law Offices. She still works round the clock, but now it is helping people involved in rollover cases, small plane crash accidents and tragic injuries on negligently kept premises. Recently, Shannon obtained a $2.98 million settlement on behalf of a carpenter who fell through an unguarded opening at a construction site, suffering a spinal cord injury. She has worked on the cases involving the fire at the Cook County Administration Building which left several people dead and injured many others because of the alleged failure of the 911 response system.

As a young lawyer, she already has been recognized in 2007 by the Law Bulletin Publishing Company as one of the 40 Lawyers Under 40 to Watch in Illinois. The Chicago Bar Association has asked her to address its Young Lawyers Section in February about how to shape one’s career and professional life. She has also been re-appointed to a second term as Vice-Chair of the Chicago Bar’s Professional Development Committee.

In her personal life, she somehow finds time to give back to the community. When September 11th occurred, she immediately organized those in the police department to raise awareness and donations for the New York families who lost police officers in that disaster. Shannon still receives holiday cards from those families. She has worked on crime prevention efforts in the Albany Park neighborhood of Chicago and has been recognized for her outstanding service by the U.N.I.T.E. civic organization for trying to make it a safer place to live.

“Shannon truly is a one-of-a-kind individual who tirelessly gives of herself to everyone in need,” said Robert Clifford. “She is an invaluable asset to the firm and to all whose lives she touches.”

Where does she see herself in 10 years? One can see that she gropes for an answer, her busy schedule allowing her to see only as far as today and tomorrow in accomplishing all that she does. “I would hope my house would be decorated by then,” she says with a smile. “And, with our resources at Clifford Law, I hope to have helped many more individuals in that time.”