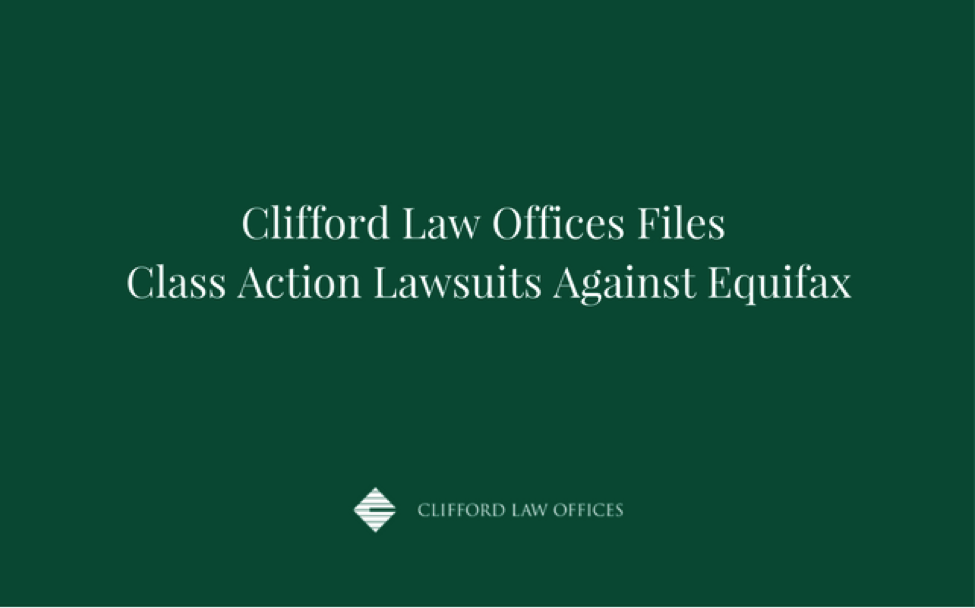 Clifford Law Offices has filed five class action lawsuits on behalf of Equifax consumers who have been subject to the massive data breach announced a few months ago. One class action lawsuit alleges that Equifax knew that the consumers’ information (names, full Social Security numbers, birth dates, addresses and possibly driver’s license numbers and credit card information) were compromised by a third party hacker as early as July 29.

Equifax informed its customers on September 7 that potentially as many as 143 million Americans may have been subject to this data breach.

“Even regulators are suggesting that Equifax customers freeze their credit reports, which for many it may be too late,” said Robert Clifford.

“People can only protect themselves when they are informed and where there is a failure to monitor consumers’ most sensitive information, and then a lack of full disclosure for a prolonged period of time, companies have to know that’s not right and consumers won’t stand by with no recourse. Equifax, of all companies, should understand the importance of the privacy of this information,” Clifford said.