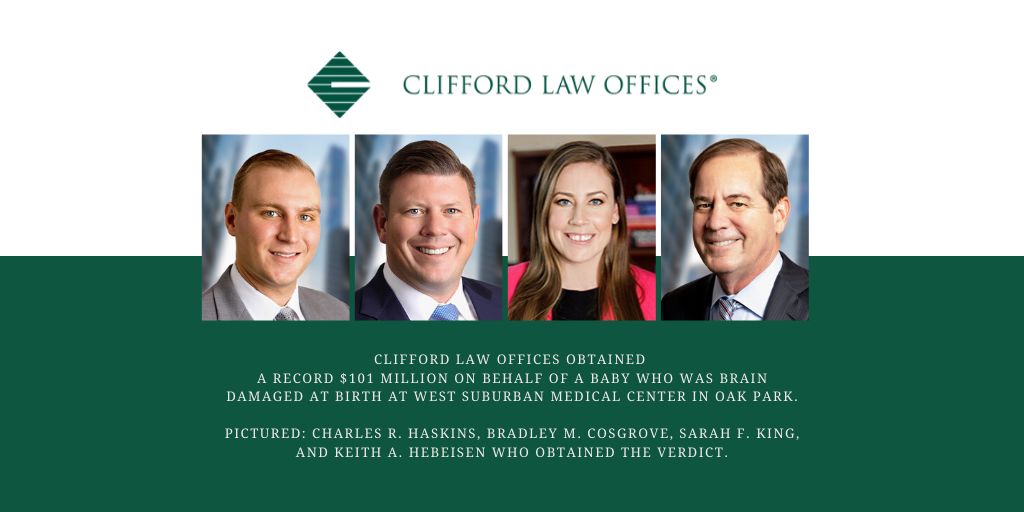 A team of medical malpractice lawyers at Clifford Law Offices obtained a record $101 million verdict on behalf of a baby who sustained brain damage at birth at West Suburban Medical Center in Oak Park, Illinois. 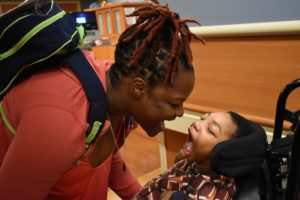 Gerald Sallis who was brain damaged at birth when his external fetal monitoring strips were ignored for six hours. Experts on behalf of the plaintiff testified that he would have been born a normal baby if hospital nurses and other medical personnel would have alerted doctors to the abnormalities and performed an emergency C-section.

“There was a complete lack of communication and proper care for this new mother and her newborn,” Hebeisen said following the verdict. “All of the signs were present that this baby needed help and no one cared.”

The case was tried before Cook County Circuit Court Judge Robert E. Senechalle, Jr., at the Daley Center before a six-man-six-woman jury that deliberated six hours. The previous record in Illinois was $53 million for a baby born with brain damage in 2016. 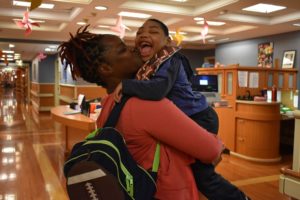 “The jury was attentive throughout the entire trial and understood some very complicated medical concepts in order to achieve justice for little Gerald,” Cosgrove said following the trial. “We are appreciative that Gerald will now get the lifelong, 24/7 care that he needs for the rest of his life.”

Plaintiffs’ experts testified that Gerald is expected to live a normal life span. He cannot speak or take care of himself in any way. The delivery occurred on Aug. 9, 2014.

“To see this young child now suffer every minute of every day when he should be playing on a playground in kindergarten is a terrible thing,” King said, who delivered the opening statements in the case. “The jury, though, followed the evidence and the court’s instructions in giving Gerald what he deserves.”

The lawsuit was brought on behalf of his mother, Tequila Sallis, Gerald’s mother. Gerald was her first born.