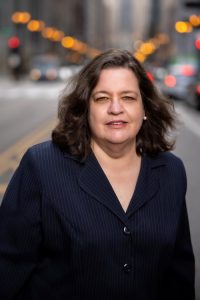 Susan A. Capra, attorney and partner at Clifford Law Offices, is celebrating a milestone of 30 years as a Chicago medical malpractice attorney. Ms. Capra joined Clifford Law Offices as an associate 30 years ago. After ten years, she made partner and has worked as a partner for 20 years. Ms. Capra concentrates her law practice in medical and hospital negligence litigation.

Ms. Capra graduated from DePaul University with a nursing degree and worked largely with infants and children with serious neurological conditions and disabilities prior to becoming a lawyer. Her nursing background helps her get the necessary details about what occurred during a client’s treatment in order to effectively prosecute a medical negligence lawsuit. Ms. Capra sums it up appropriately, “As a nurse, I was the patient’s advocate. As a medical malpractice attorney, I am still the patient’s advocate but in a different arena and profession.”

Some highlights of her career include:

Over the years, Ms. Capra has been recognized as an Illinois Leading Lawyer by Law Bulletin Media (2005 – present), selected to the Illinois Super Lawyers list (2005 to present), has an AV rating by Martindale-Hubbell, and was part of the list of Most Influential Women Lawyers in Chicago by Crain’s Custom Media (2017).  Most recently in 2020, she was named by Crain’s Chicago Business on a list of Notable Women in Law in Chicago.

Congratulations Susan. It is an honor and privilege to have you on the Clifford Law Offices team.

About Clifford Law Offices
Clifford Law Offices is ranked one of the top Chicago law firms, serving clients nationally and internationally for over 30 years. Our personal injury law firm concentrates on complex personal injury litigation such as for wrongful death, medical malpractice, product liability, premises negligence and transportation liability, and are nationally known for our success in complicated legal matters.