Clifford Law Offices was a Diamond Sponsor of the Women’s Bar Association of Illinois (WBAI) at its 2016 Judicial Reception Wednesday night at the Chicago Cultural Center.

Several judges were honored with the Mary Heftel Hooten award including the Hon. Chief Judge Ruben Castillo, U.S. District Court for the Northern District of Illinois.

Robert A. Clifford, founder and senior partner of the firm, presented the award to Judge Castillo. The award is named for Hooten, a former Chicago lawyer and judge. 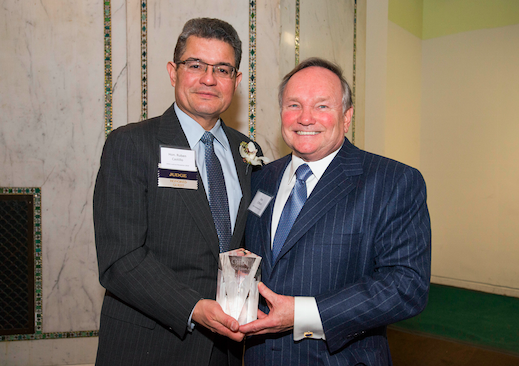 Pictured in the photo below at the event attended by more than 700 people including more than 200 judges is Clifford, Hon. Jessica O’Brien of the Cook County Circuit Court and WBAI president, and Hon. William Bauer, U.S. District Court Judge of the Northern District of Illinois. 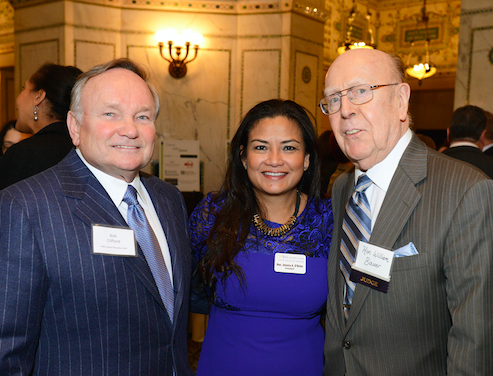