Family Members Shocked at FAA’s Lack of Transparency and Leadership on Aviation Safety at Senate Hearing Wednesday; They Express Extreme Disappointment and Disbelief in Boeing Attempting to Escape Responsibility for Deaths through Immunity Argument

Family members who lost loved ones in the crash of a Boeing 737 Max jet in Ethiopia took part in a virtual press conference reacting to a Senate hearing Wednesday following the testimony of Federal Aviation Administration (FAA) chief Stephen Dickson and Michael Stumo, who lost his daughter in the March 10, 2019 crash.

With coronavirus restrictions still in place, family members from at least six countries were unable to make the trip to Washington, D.C., for the hearing as so many of them have done in the past for congressional hearings on aviation safety. Instead, some three dozen families gathered on a Zoom meeting following the nearly three-hour hearing that was filled with sharp criticism from several senators regarding the FAA’s stonewalling in producing documents requested by the Committee for more than a year.

After several family members submitted passionate letters expressing their concerns to the Senate Committee on Commerce, Science and Transportation, late Tuesday it was learned that Stumo, father of Samya Rose Stumo, 24, would be allowed to testify following Dickson  Stumo told Senators, “The first crash should not have happened. The second crash is inexcusable. They gambled, we lost.” 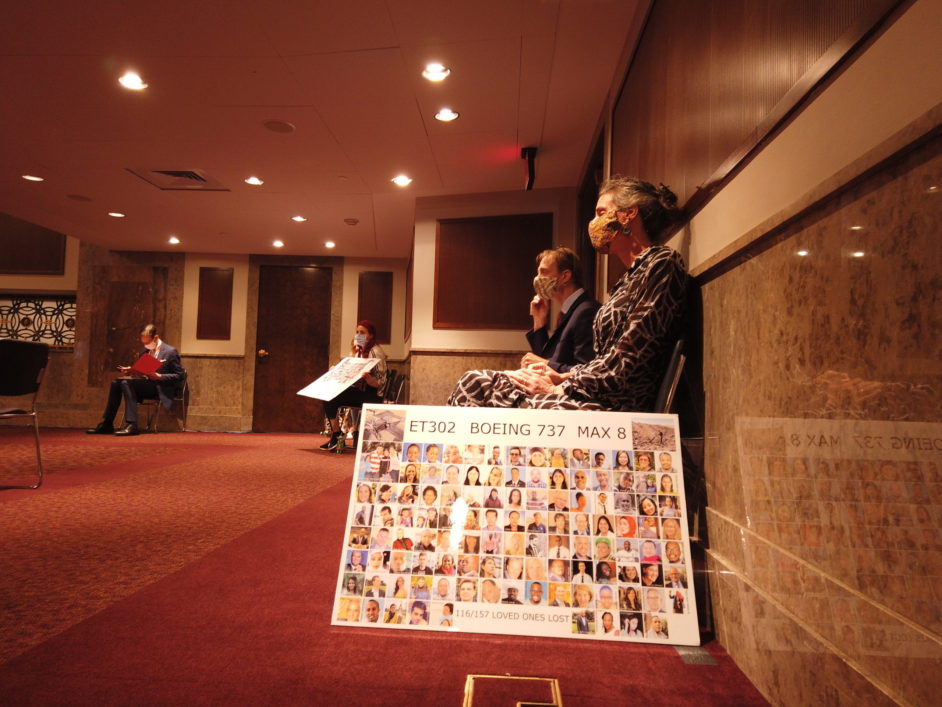 Nadia Milleron and Michael Stumo, parents of Samya Rose Stumo who was killed in the tragic crash of a Boeing 737 Max8 aircraft in Ethiopia on March 10, 2019, listen to the testimony of FAA Administrator Stephen Dickson who testified on June 17th before a Senate hearing.

Stumo was referencing the first crash of a Boeing 737 MAX that crashed five months earlier, in October, 2018, killing all 189 aboard, and then FAA’s subsequent study conducted before the second crash but was that was not released until late 2019 revealing the MAX would suffer 15 more crashes. Family members stated had Boeing or the FAA immediately grounded the plane after the first crash, the second crash never would have occurred. Over and over, family members indicated that Boeing put profits over safety, and that greed cost their loved ones their innocent lives.

Under questioning, Dickson admitted, “The manufacturer made mistakes, and the FAA made mistakes in its oversight of the manufacturer.” Dickson said that the agency had made changes in leadership as a result, though no one had been directly disciplined or fired. The agency had failed to understand the risks in a software system (MCAS) on the plane that repeatedly forced the jets in both crashes to dive as a result of a malfunction, Dickson said. Boeing had provided the agency with “incomplete information and fragmented information” on the feature, known as Maneuvering Characteristics Augmentation System (MCAS), Dickson said.  MCAS was not included in the pilots’ training manuals.

The hearing, “Examining the Federal Aviation Administration’s Oversight of Aircraft Certification,” was held in Washington, D.C., chaired by Sen. Roger Wicker (R-MS), who sharply criticized Dickson for his lack of production of documents to the Committee, despite several requests over the past year. “It is not hard to conclude your team at the FAA has deliberately attempted to keep us in the dark,” Sen. Wicker said at the hearing. “I can only assume the agency stonewalling of the investigation suggests discomfort about what might be revealed.” Other senators were equally harsh in their comments of Dickson who was confirmed by the Senate last August.

Immediately following the hearing, many family members of those who were killed gathered on a Zoom meeting to express a need for Boeing to accept responsibility for the crashes and the deaths of 346 people on the two planes. More than 30 family members from at least six countries attended the virtual press conference to discuss with the media Dickson’s often evasive testimony and lack of leadership at the FAA. Some had just learned about Boeing’s latest attempt to avoid liability altogether by arguing it was immune because the FAA had certified the MAX 737 aircraft.

Huguette Debets of Rwanda and Belgium who lost her husband and the father of her three children, Jackson Musoni, called Boeing’s attempt to evade liability a “trick.” She went on to say that Dickson was “full of empty sentiments and empty promises,” but the thought of holding no one accountable for the deaths was “alarming.”

Paul Njoroge of Toronto who lost his entire family, his wife, three small children and mother in law in the crash of ET302, said that “Boeing has never accepted responsibility for the crash. Boeing is 100 percent responsible for the deaths of all 346 families. That’s appalling.” He went on to say that “it’s an insult to humanity that Boeing does not own up for what they have done.”

Mark Pegram of England who lost his son, Sam, said that “Boeing should not be able to hide behind certification.” He added that “certification was based on misleading information at best and at worst lies.”

“It was an eyeopener that even the Republican-dominated Senate has been stiffed by Boeing in document production,” said Chris Moore of Toronto, who lost his 24-year-old daughter Danielle in the crash. “Dickson wants transparency, but he is not being transparent, as even the Senators told him. He has withheld 50 percent of the Senate Committee’s requests for documents. Transport Canada Civil Aviation (TCCA) experienced the same stonewalling concerns from the FAA. Even after the first crash, TCCA sent a letter to the FAA that went unanswered that perhaps could have prevented the second crash had the FAA acted upon it. They have no sense of urgency or even caring.”

Stumo made an oral statement at the hearing and answered senators’ questions in addition to written testimony that can be found below. Also attached are some additional statements submitted to the Senate Committee by other family members including, Tomra Vecere who lost her brother Matthew in the crash of Flight ET302, Javier de Luis who lost his sister, Chris Moore who lost his 24-year-old daughter Danielle, Zipporah Kuria who lost her father as well as Njoroge who lost his entire family.

Sen. Wicker announced a new bipartisan bill, the Aircraft Safety and Certification Reform Act of 2020, that would implement provisions to improve aviation safety based on input from family members who lost loved ones in the crash and addresses human factors to more accurately assess pilot responses to cockpit alerts, one of the issues involving this crash. View a copy of the revised bill.

There was much discussion of the revised bill at the hearing regarding issues such as the FAA’s oversight of manufacturing experts’ involvement in the certification of aircraft. Family members expressed concern over the FAA giving up any authority on this matter, as did some senators, including Sen. Richard Blumenthal (D-Conn.) who stated at the hearing, “The FAA has to do the work, not just oversee it.”

Stumo, de Luis, Vecere, Moore and Njoroge along with 63 other families who lost loved ones on that aircraft, are represented by Clifford Law Offices in Chicago. Founder and senior partner Robert A. Clifford has been appointed Lead Counsel in the consolidated litigation in federal district court in Chicago. A telephonic hearing was held Thursday (June 18, 2020) before U.S. Magistrate Judge M. David Weisman where a date of July 10 was set for discovery requests to be made to Boeing. A follow up hearing is scheduled for Aug. 18.

Nadia Milleron and Michael Stumo, parents of Samya Rose Stumo who was killed in the tragic crash of a Boeing 737 Max8 aircraft in Ethiopia on March 10, 2019, listen to the testimony of FAA Administrator Stephen Dickson who testified on June 17th before a Senate hearing. 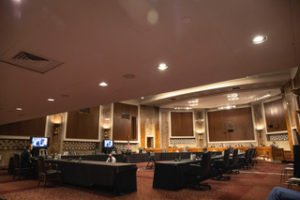 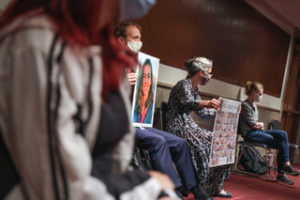 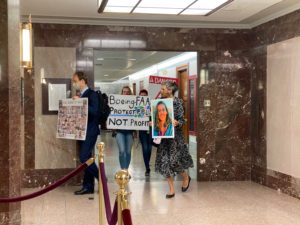 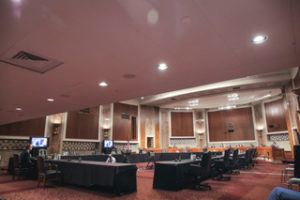 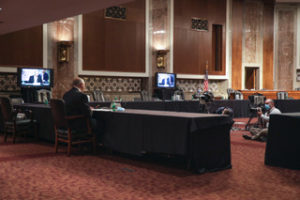