Paul Njoroge, who lost his whole family in the crash of a Boeing 737 Max8 in Ethiopia, testified before the U.S. House Aviation Subcommittee held in Washington, D.C. today. This is the first time that family members have been allowed to address a congressional hearing about the Boeing 737 Max8 plane that was involved in the recent airplane crashes in Ethiopia and Indonesia. Njoroge, represented by Clifford Law Offices, who lost his wife, three children and mother-in-law on board the flight testified alongside Michael Stumo who lost his daughter Samya in the crash. 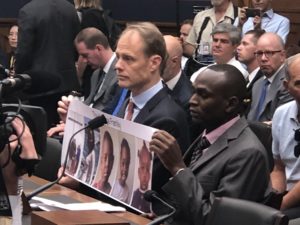 In what was a moving statement to the Subcommittee, Paul described his family’s planned vacation to Kenya as “a trip of a lifetime.” He added, “I didn’t know it would be the last time I would ever see them.”

Paul criticized Boeing for “blaming innocent pilots” when “no manual, no training” or information was provided to them. He also pointed out that “Boeing has not apologized to us personally. No letters. They appear on cameras to apologize to us.”

Two weeks ago, Boeing publicly announced that it was creating a $100 million fund meant to “address family and community needs of those affected” by the two crashes. Attorney Bob Clifford was skeptical of this announcement, given the lack of detail on how the plan will be administered.

Today, Boeing came out with another announcement that it will pledge $50 million of the allocated $100 million directly to the families of those who died onboard the two 737 Max8 crashes and that attorney Kenneth Feinberg, who oversaw the distribution of funds to victims after the 9/11 terrorist attacks, will be in charge of the fund. 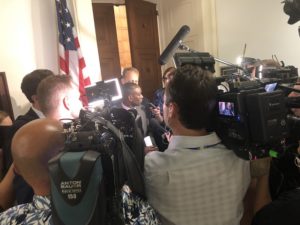 According to Bob Clifford, Boeing’s selection of Feinberg was “the first smart thing Boeing has done” in connection with the 737 Max tragedies. However, Clifford went on to point out that allocating “half of the fund for relief is a problem” that has only added “a new layer of confusion to expedient and efficient relief to these families.” If Boeing “wanted to give real relief to the families, they should work with the insurance partners of Ethiopian Airlines to expedite payments to the families.”

Clifford further recommends that Boeing devote a substantial portion of its funds to acquiring the Ethiopian crash site and building a memorial in honor of the flight’s victims. “This is now a cemetery and should be treated as such.” 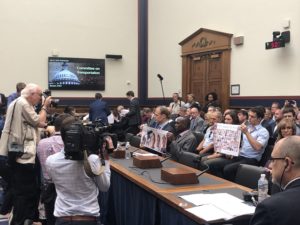 For Paul Njoroge, Boeing’s announcement is merely a company playing “games in people’s minds just like they played games with people’s lives. Boeing has never spoken to the families who lost loved ones in the two crashes of the 737 Max planes. A couple of weeks ago, they proposed $100 million to help the victims’ families and their communities. The proposal was a total guff; it had no structures or plan. They proposed that they would dispense the funds through governments and NGOs. How would the governments and NGOs possibly know what the families need or want? Today they changed their minds and now are offering $50 million to victims’ families. It just shows how confused Boeing’s executive team is. The two proposals are publicity stunts. Boeing is trying to restore the public trust.”