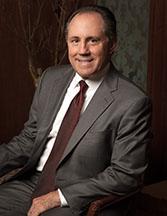 Honorable Henry R. Simmons’s (Ret.) favorite fictional character is Boston Lawyer Frank Galvin from the film, The Verdict. The film is about an alcoholic lawyer who takes on a medical malpractice case to save his career, even though no one thinks he can win the case.

Judge Simmons’s (Ret.) favorite line is when Frank says, “Your honor, with all due respect, if you’re going to try my case for me, I wish you wouldn’t lose it.”