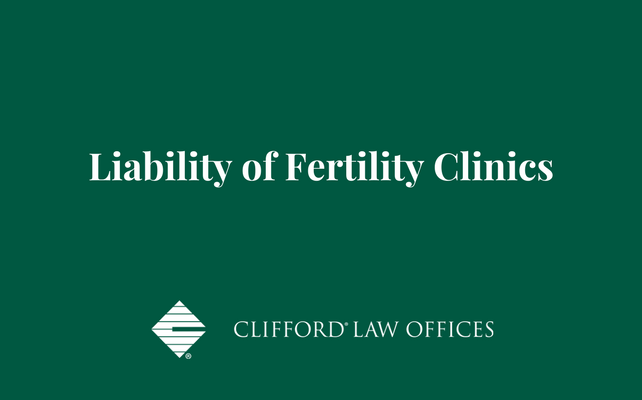 The birth of a child certainly is one of the most significant events for a family, but all of those hopes are ruined for hundreds of people following two fertility clinics destroying frozen embryos when the liquid nitrogen tanks thawed in March.

Imagine women with uterine cancer who counted on those stored embryos to be their only hope for a family. Or those aging women who paid medical professionals assuring them that they would be properly stored with appropriate back-up procedures in place for when they were wanted or needed. These women no longer can conceive. They have no eggs. They have no embryos. They now have no hope and no children.

The liability of these two clinics – one in Cleveland, Ohio, and another in San Francisco, California – serves as a wake-up call that this is not a simple medical procedure or where an “I’m sorry” will suffice.

Many of these women and couples have filed lawsuits. They want to know what happened. How could this have happened? Was it human error? Mechanical malfunction? How could it and how should it have been avoided?

An impersonal letter informing hundreds of the negligence will not suffice. Neither will merely refunding storage fees, which can run up to $10,000 annually. Some people found out from articles in the press, particularly those dealing with the Pacific Fertility clinic in San Francisco, according to media reports.

Pacific Fertility made promises to people that its egg and embryo freezing services can increase a family’s chances of conception by five to 10 times, according to a lawsuit filed on behalf of one of couples involved. Reportedly, several thousand eggs and embryos were impacted at that facility that represented as much as 15 percent of its total, representing some 400-500 women. At the University Hospitals Cleveland Medical Center, approximately 700 patients were impacted, with thousands of frozen eggs and embryos being impacted.

Ultimately, these cases may wind up in front of juries, people who will have to make the difficult, but necessary, decisions on what it meant to those families in the only way that the court system knows how to respond to such an unspeakable loss – in dollars.

Rest assured that every plaintiff would rather have the clock turned back and not have to accept money in exchange for a life without children. These cases are of limitless value, but they also serve the purpose of sending a message to fertility clinics around the country to check, double check and re-check their procedures on frozen embryos. This type of incident cannot happen again.

Bradley M. Cosgrove, partner at Clifford Law Offices who concentrates in medical malpractice law, spoke to the Cleveland Plain Dealer newspaper about the tragic incident. In speaking of liability, he told the reporter that many hospitals are self-insured, which means that they have to pay any legal settlements themselves. A not-for-profit hospital means that records and investigations are not public nor its insurance situation.

If you believe that your frozen eggs or embryos were affected by the egg preservation malfunctions at either of these facilities, contact Clifford Law Offices at 1-800-899-0410.