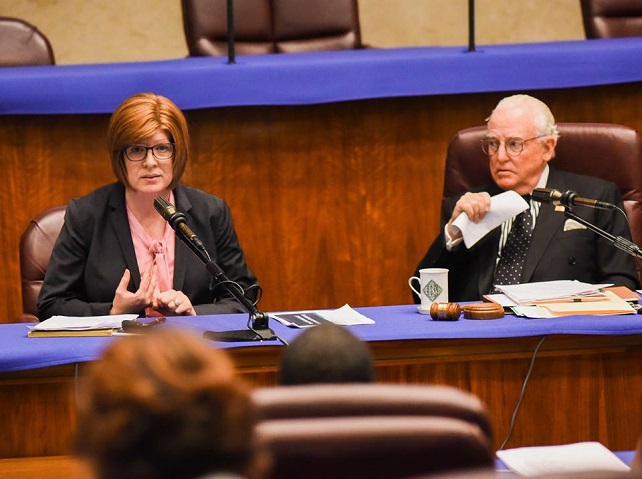 In her testimony, Shannon McNulty noted that in the past several years, her office has received increased calls from consumers that complain about the expense of necessary drugs. Despite recent efforts at the federal level, including introduction of the Fair Drug Pricing Act, in recent months, the FDA has ok’d three drugs that cost between $150,000 and $300,000 a year per patient.

Of course, causing need for concern are not just the newer break-through drugs or price hikes that receive media attention, as did the Epi-pen after its maker hiked its price by 500% since 2007. Or even the coverage of Martin Shkreli, who is sometimes referred to as “the most hated man in America” because his company jacked up the price of a drug used for treating HIV and cancer by 5,000%. Last week, Shkreli was found guilty of securities fraud and faces up to 20 years in prison. Instead, McNulty testified that patients with diabetes, a chronic problem in this country generally treated with the long-standing drug insulin, have been confronted with price hikes in their insulin and a reluctance by pharmaceutical companies to use an insulin-delivery by patch, which would cost less.

Meanwhile, the CEOs of the Big Pharma companies have been earning up to $35 million yearly. Ms. McNulty stated that despite these companies paying out tens of millions of dollars to their CEOs, the annual earnings of companies like Pfizer, Amgen, and Johnson & Johnson were all up more than 25%, while the average S&P 500 company profit was less than half that in 2016 — just 10%.

McNulty asked, “With more than 18,000 prescription drugs in the U.S., and almost 1 out of every 2 people using a drug in the past month, what is causing drug prices to go through the roof? Why are we paying so much more in the U.S.” She suggested that the answer to the question is dependent on who was asked, including patients, pharmaceutical CEOs and insurance executives, but stated that the time was ripe for the answers to be exchanged with an eye toward solutions.

Drug companies often blame lawsuits and the cost of research or FDA requirements for the high prices, but McNulty suggested these arguments are misleading, stating that, “here in the U.S., drug companies usually charge what they think the market will pay.” McNulty explained that litigation often involves detailed and focused discovery, a process with can often shine light on facts that may otherwise stay buried in a dark file room. According to McNulty, litigation on these issues does cause transparency and expose truth, the same as the proposed legislation will create.

McNulty also referenced a study by Yale that reported that over a 10-year period ending in 2010, almost one third of the drugs approved had safety issues that were discovered an average of some four years after they were ok’d by the FDA. According to McNulty, the high price of drugs and their lack of safety is a severe health crisis that needs to be addressed.

In her testimony, McNulty advocated for support of the FAIR Drug Pricing Act, which requires drug companies to be more transparent when they plan to increase prices and which has been introduced in Congress by U.S. Representative Jan Schakowsky and Senators Tammy Baldwin and John McCain. She also supported giving Medicare the right to negotiate lower drug prices, noting that currently the Veterans Health Administration or VHA can do so, but not Medicare. McNulty asserted that patient accessibility and safety, not pricing and profits, needs to come first, and that Big Pharma must be held accountable for artificially rigging the price of life-saving medicine and for not properly testing the drugs on which we rely. She indicated that legislation concerning price-transparency will expose price-rigging schemes, in much the same way litigation does.

Ms. McNulty also noted that for Americans under the age of 50, drug abuse is now a leading cause of death. Her testimony indicated that in 2015, drug overdoses were taking 1,000 American lives every week and more Americans were dying from drug overdoses than those who die from car crashes. In fact, the Centers for Disease Control and Prevention has flagged Illinois as one of 19 states that has had “statistically significant increase” in its drug overdose death rate in recent years.

McNulty emphasized the obvious costs of opioid dependency and also highlighted the cost of naloxone or narcan, a life-saving antidote to overdoses of opioids. McNulty quoted Senator Claire McCaskill who recently said, “We’ve seen the price go up over 1,000%.” Ms. McNulty testified that as a consequence of the Illinois Heroin Crisis Act, police departments are required to purchase narcan and administer the drug. Not long ago, notably prior to the Act, a dose of the drug cost about a dollar to manufacturer. Since passage of the Act, one wholesale maker has raised the price of its twin-pack to $4,500 from just $690 in 2014.

McNulty also cited a published highlight of a federally funded study entitled “What Would You Pay To Live Pain Free.” McNulty reported that the researchers collected and combed a variety of data and using certain methods, like triangulation, while controlling for certain variables, the study concluded that people will willingly pay between $56 and $145 per day to live pain free. McNulty explained that was between $20,000 and $53,000 per year, while highlighting the median household income is approximately $56,000 per year. McNulty indicated the results of that study may have been intended for economic analysis or analysis by the government, but she was certain Big Pharma took note of the results, too.

In closing, McNulty indicated support of the FAIR Drug Pricing Act and giving Medicare the ability to negotiate lower drug prices. She also indicated her support for local legislative efforts. McNulty advocated for a centralized effort in addressing the crises, which has created an opportunity for the City, perhaps in partnership with others, to harness the value of its market share, and influence the pricing and the transparency of pricing for necessary medications that are out of reach for most, simply as a consequence of price.

McNulty stated that “in these times, leadership, innovation, problem-solving, it is coming from the level of city-government, and we stand ready to contribute any additional testimony and commentary you may want.” She thanked the Committee for their time and concern.

Clifford Law Offices is known for representing and protecting the rights of consumers, including those who have suffered injuries or who might be at risk of suffering injury or death. Ms. McNulty handles a variety of cases, including those with a focus on consumer fraud, securities fraud and other consumer-related matters.