By John V. Kalantzis and Tracy A. Brammeier 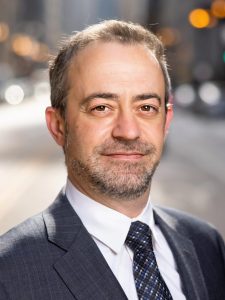 The crashes of Lion Air flight JT610 in October 2018 and Ethiopian Airlines flight ET302 in March 2019, both Boeing 737 MAX planes, were initiated by a single malfunctioning sensor, which led to the pilots fighting a new flight control system that forced the planes into a deadly nosedive minutes after takeoff causing the deaths of 346 people.

That system utilized software called the Maneuvering Characteristics Augmentation System (MCAS), which was triggered by a signal from a single sensor, an angle-of-attack (AOA) vane. This was contrary to perhaps the most fundamental and critical principle of airplane design which is to include multiple redundancies so the failure of a single component will not lead to disaster.

Days after flight ET302, safety regulators worldwide grounded the jets. Nearly two years later, and after intense scrutiny, the United States Federal Aviation Administration (FAA) has approved Boeing’s fixes and is the first regulator to clear the MAX to fly again. While the FAA has rescinded its order grounding the Boeing 737 MAX, many remain skeptical of the planes’ airworthiness.

The FAA has emphasized that it must still approve pilot training and additional changes for each U.S. airline prior to the MAX returning to the skies. However, doubts remain whether the FAA can be trusted or is even able to ensure the MAX’s safety. This concern is understandable given the investigations of the MAX by authorities such as the United States House of Representatives Committee on Transportation and Infrastructure which found the disasters to be “a horrific culmination of a series of faulty technical assumptions by Boeing’s engineers, a lack of transparency on the part of Boeing’s management and grossly insufficient oversight by the FAA — the pernicious result of regulatory capture on the part of the FAA with respect to its responsibilities to perform robust oversight of Boeing and to ensure the safety of the flying public.” (Final Committee Report on The Design, Development & Certification of the Boeing 737 Max, U.S. House of Representatives Committee on Transportation and Infrastructure, Sept. 16, 2020, p. 6.) 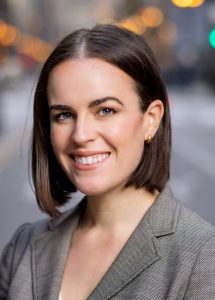 Astonishingly, the FAA is now asserting that it can be relied on to ensure the safety of this fundamentally flawed and dangerous airplane that has already claimed the lives of 346 people. This is the same FAA whose management has undercut the authority and judgment of its own technical experts and sided with Boeing on design issues that failed to adequately address safety issues and appear to have violated FAA regulations or guidance. This same FAA delegated most of the analysis and testing necessary to certify the MAX to Boeing. Amazingly, the FAA’s most senior officials responsible for supervising certification were so completely unfamiliar with the control system that they admitted they did know the name of the control system, MCAS, until after the Lion Air crash. This is the same FAA that failed to ground the MAX after the crash of Lion Air despite its December 2018 risk analysis showing a high risk of further crashes. This is the same FAA that stood by and was the last regulatory body to ground the aircraft as all other regulatory agencies took the initiative to immediately ground the MAX after the foreseeable and preventable crash of flight ET302 resulted in the tragic and needless loss of 157 lives.

This litany of failures has shattered the FAA’s status as the “gold standard” among aviation regulators. Shockingly, the FAA has consistently refused calls for transparency concerning its testing protocols, test results and documents it relied on in deciding to return the MAX to the sky by citing the need to protect Boeing’s trade secrets. The absence of this information prevents outside agencies, engineering experts, and pilots from determining whether the proposed fixes will indeed make the planes safe. After approving the plane as safe, first with certification in March 2017 and again with deference to Boeing over the safety of the flying public after the Lion Air crash in October 2018, few are willing to give the FAA and Boeing the benefit of the doubt.

This is exemplified by the unprecedented decision of other regulators, including the European Union Aviation Safety Agency (EASA) and Transport Canada Civil Aviation (TCCA), that they conduct their own safety tests and forgo the long-standing practice of reciprocity whereby regulators recognize and accept other regulators’ safety tests and inspections as adequate. Immediately after the FAA issued its Airworthiness Directive rescinding the grounding of the MAX, the EASA issued its own directive explicitly stating it would not adopt the FAA’s Airworthiness Directive. Rather, the EASA is reconsidering ungrounding the MAX once proposed “changes to the aircraft design which will be required by the final Airworthiness Directive [that] will be accompanied by a mandatory training program for pilots, including flight simulator training, to ensure that the pilots are familiar with all aspects of the flight control system of the 737 MAX and will react appropriately to typical failure scenarios.” EASA Proposed Airworthiness Directive 20-184, 24 November 2020.

Those who have borne the greatest loss, the families of the victims of Ethiopian Airlines flight ET 302, vow to continue their mission for transparency, safety and accountability despite FAA and Boeing resistance. As Robert A. Clifford, founder and senior partner of Clifford Law Offices in Chicago and lead counsel representing the families in the consolidated litigation against Boeing, states, “The time has come to pull back the cloak of secrecy. The lack of transparency by Boeing, and the government’s complicity with such secrecy, is not being tolerated by the families who lost loved ones but also for the entire flying public.

“If Boeing and the FAA are so certain that the aircraft is safe, they should have no concerns in allowing access to all documents. Public confidence in this aircraft is not ensured by this type of behavior, as the congressional hearings proved that neither Boeing nor the FAA can be trusted here. The courage and the sacrifice of the families who lost loved ones in this bitter fight is inspiring to the entire flying public.”

The flying public must be aware of the ungrounding of this dangerous aircraft and make their voices known to the FAA that before this aircraft can be flown, all documents upon which it relied have been revealed and all safety changes to the aircraft have been made so an educated public can trust their decision. This simply isn’t the case now.