Sarah F. King Named to American Board of Trial Advocates 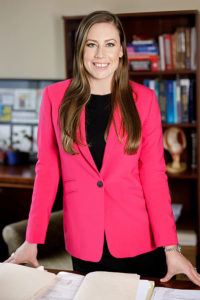 Sarah F. King, partner at Clifford Law Offices in Chicago, has been accepted into the American Board of Trial Advocates (ABOTA).

ABOTA dedicates itself to the preservation and promotion of the Seventh Amendment that guarantees the right to civil jury trials. Members in this prestigious invitation-only group must have tried a minimum of 10 civil jury trials to conclusion. More than 7,600 lawyers and judges are involved in ABOTA chapters in all 50 states.

“ABOTA is one of the nation’s most effective organizations in championing the ethics, professionalism and principles of the legal profession, and I’m honored to be part of this select group,” King said.

Clifford Law Offices is a nationally recognized personal injury and wrongful death firm that was founded by Robert A. Clifford in 1984. Based in Chicago, its lawyers have tried cases across the country on behalf of injured victims or the family members of those who have been killed due to wrongful conduct.

King is an experienced trial attorney and litigator in the areas of medical malpractice, aviation matters, transportation accidents, personal injury and wrongful death. She is very active in various bar associations including serving as President of Women Everywhere, a non-profit dedicated to creating opportunities for women and children in need through education and community service in the Chicagoland area.

King has had substantial experience as an attorney of record in many of the firm’s largest trials. In less than a decade, she has received verdicts and settlements totaling nearly $300 million. In 2019, she was on the medical malpractice team that obtained a record $101 million verdict on behalf of a baby boy who was brain damaged at birth when his external fetal monitoring strips were ignored for six hours.

“We are very proud of Sarah’s accomplishments and she serves as a tremendous example to lawyers everywhere as to what one can accomplish with hard work and dedication.”