To Uber or Not to Uber?

Controversy Grows With Popularity of Uber

Uber created a better mousetrap in the world of for-hire transportation. Its technology seamlessly links riders and drivers through a smartphone app that is one-tap easy to use. Becoming an Uber driver is almost as effortless, allowing people from all walks of life to earn money with their personal vehicle. The results have been staggering: Raving fans have propelled Uber from a tiny San Francisco startup in 2009 to a major enterprise today now operating in more than 200 cities and 53 countries. The company will hit $10 billion in revenues in 2015 (it took Facebook 10 years to do the same) and is estimated to be worth more than $40 billion. But controversy has grown around Uber almost as fast as the company itself:

Are You Protected When You Uber? 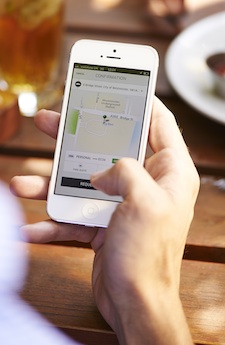 With one tap, riders easily hail nearby drivers with the Uber app. (Photo from Uber.)

Uber and other ridesharing companies make it clear that they aren’t in the transportation business but instead are technology services that simply connect riders and drivers. The drivers are independent third parties, therefore the rider accepts ALL risk, as clearly stated in the Uber terms and conditions: “By using the services, you acknowledge that you may be exposed to situations involving third party providers that are potentially unsafe, offensive, harmful to minors, or otherwise objectionable,” Uber states, and “that using the services is at your own risk and judgment. Uber shall not have any liability…” The Uber contract also includes a forced arbitration clause, which greatly limits an individual’s right to take the company to court. “People don’t know what they’re getting into when they get into one of these cars, they don’t know what they’re getting into when they download the app,” said the lawyer representing a 6-year-old girl struck and killed by an Uber driver earlier this year. “They’re giving Uber a free pass – up to death.” According to the company’s safety page, Uber drivers are required to undergo rigorous background checks. The company also provides insurance for its drivers, although gray areas exist that raise serious concerns about whether or not Uber’s insurance would apply in certain situations. This company graphic shows that Uber provides $1 million in liability insurance and $1 million in uninsured/underinsured coverage per incident once a rider is in the car. When a driver is between trips, however, Uber switches to contingent insurance that pays only if a driver’s personal insurance company refuses coverage, which often happens when it is discovered that a driver is using his or her automobile for commercial activities. When a driver’s Uber app is off, he or she must rely on personal insurance alone. Like many new and groundbreaking business models, Uber has clearly created great opportunities and challenges that previously didn’t exist. Like any company, however, Uber and its ridesharing competitors must play by the rules and take full responsibility for the safety and welfare of their customers. Time will tell if they live up to those obligations. – See more at: http://letamericaknow.com/view_feature_ysk.php?memberid=28&orderid=39&issueid=1501#sthash.nanQANma.dpuf

Founder and Senior Partner Robert Clifford testified before an Illinois legislative committee as well as a committee of the Chicago City Council on this important topic. htt p://cliffordlaw.com/bob-clifford-testifies-city-council-licensing-committee-uberx-ride-sharing-vehicles/ https://cliffordlaw.com/bob-clifford-testifies-illinois-senate-transportation-committee-hearing-uberx-insurance-issues/

Bob Clifford has been very vocal on this subject. He also spoke on the issue to consumers on the firm’s blog: https://cliffordlaw.com/robert-clifford-weighs-uberx-car-services/

And he wrote a column on ride sharing for the Chicago Lawyer publication that appeared in the May, 2014 issue: https://cliffordlaw.com/bob-clifford-writes-article-ridesharing-services/